October 17, 2018
CP3D (formerly known as Club Penguin 3D) is a game inspired by the game "Club Penguin," which Disney closed in 2017. The website is cp3d.org, which can be viewed here.

The idea for Club Penguin 3D started in 2016, when TheWilliam had the idea of putting Club Penguin into a 3D environment.

To put this idea into action, he created an Adobe Flash file with all the drawn assets replaced with 3D renders. The project was initially named Club Penguin 2. It went nowhere and there were no plans to continue it.

A few months later, Club Penguin Island was announced. The game wasn't what TheWilliam expected from a 3D Club Penguin. He wanted something more, but didn't know how to deliver it.

Club Penguin Rewritten, a Club Penguin Private server, was an inspiration for TheWilliam. During a photo shoot in their Mountain Expedition event, a photo was taken at the top of the Toughest Mountain of him and some penguins. The person who took the photo posted it on Twitter, and TheWilliam saw that his profile looked liked the profile of someone who would want to help with the Club Penguin 2 project.

While the person wasn't who TheWilliam was looking for, he was interested about what was being planned for the project. TheWilliam told him all about it and what he wanted to do with it, and it went on from there. However, it was mostly models and concept art. Those models and art were then posted on Twitter, which got the attention of RocketSnail, the founder of Club Penguin. Once they were also posted to the Club Penguin subreddit, it got the attention of PaloniteCP, who wanted to be a part of the project. He was working on his own 3D Club Penguin at the time.

From there, progress with models and development was made. TheWilliam wanted to leave modeling once there were enough modelers were on the team. However, most of his models remained in the game during the release.

About one year later, coding had begun on the game. However, all coders that were hired previously had failed, and the team was hopeless for coders. A user on Twitter by the name of 'Tootyta' had suggested a coder to the team. TheWilliam then contacted him, and put him on the team.

He was Snowfire, and the team was amazed at the work he did, as well as how fast he did it. Thus, he was promoted as the main coder on the spot. And in just a few months, most of the main coding for the game was finished. Another coder who contributed a lot was TechnoRazor. Some of his contributions include modeling the puffles, interfacing the player cards, and some website and server work.

After alpha testing and some more months of work, the Beta Test Party was released on October 24, 2018. By that time, only a few of the original staff remained on the team, which were the owners and a few developers.

2019 was nothing short of a year of tremendous improvement for the game and continuing to polish it. Catalogs, parties, mini-games, and more continued to be implemented. The game also continued to grow in players. A major change came to most of the rooms in mid-May 2019, when they were revamped to be more detailed than the previous designs.

Up to this point, the 3D model for the player penguin had been the same. It was replaced in Late-July - Early-August 2019 with a more friendly looking model, which was also more animated and had more expression than the previous model.

In October of the same year the majority of the rooms were once again updated to a new look, to the design that is being used to this day. They were more detailed, and more background details were 3D modeled.

The year of 2020 also showed to be an amazing year of improvements. Updates were being pushed out almost every week, and the game hosted its very first original party, the Egyptian Party. More rooms from the original Club Penguin were introduced, such as the Stage and Recycling Plant, and the quality of parties were improved greatly, with more decorations and detail.

Project Radius was a project that involved modifying the game to be able to be played on web browsers via WebGL. It was first teased on December 30, 2019, and players could sign up on the account management page.

The Game Gets A DMCA

In mid-May 2020, several DMCA (Digital Millennium Copyright Act) notices were being sent out by The Walt Disney Company to various Club Penguin Private Servers, causing many to close. In response to this, to avoid copyright, the team rebranded the game from Club Penguin 3D, to simply being known as CP3D. But despite this change, on May 20, 2020, the CP3D team received a DMCA notice. On the day the notice was received, the servers were closed off.

After this, the CP3D team sent a letter back to Disney, inviting them to discuss why exactly the game received a DMCA notice, since the game borrowed no assets from Club Penguin besides the name, which was rectified days prior. The team then publicly revealed all of these events and stated that if they did not receive a response back from Disney by the end of the month, the game would close permanently.

As the end of the month approached, many were hopeless about the future of the game. However, at the end of the month, with no response from Disney, an announcement was made saying that the game would remain open, with some chances to alter it from the original Club Penguin. These changes included a revamped login screen, redesigned emoticons, and various other things. And so, in mid-June 2020, the game relaunched with all the new changes in place.

An open letter to Disney was also published on the game's website regarding all of the events, which can be viewed here.

Throughout 2021, the game went through two hiatuses, due to burn out from the team. The hiatuses were when the game was not receiving any new updates for extended periods of time.

The first hiatus was at the end of July of that year, which lasted for about a month. The hiatus broke on August 22, when the Island Adventure Party 2021 started. The second hiatus occurred towards the end of December, when the Holiday Party 2021 started. There were no new major updates for over a month following its release, and as of now the game has not come out of the hiatus. This has led to the party being the longest ongoing party in CP3D's history.

On April 13, 2022, at 11 PM UTC, the servers were pre-cautiously shut off by the staff. This was done to observe the developing situation of Disney taking legal action on Club Penguin Rewritten, another CPPS, hours prior, to see if anything would happen to any other CPPS. During this time, the only official activity from the game was ongoing updates to the April Fools ARG website, and some community members started to grow impatient.

On June 14, 2022, the website was put back online to be accessed, although the main game was still down. And at last, on June 18, 2022, the game finally reopened with a new update, containing the end of the Holiday Party and an update to the Unity Engine.

Whenever the game is updated, it is referred to as updating to a new version. The content updates are usually separated by 3 categories: "Additions", "Changes", and "Fixes".

Now, a new naming scheme for updates is in place: 202X.X.X. The first number seems to represent the current year, and at this time, it is unknown how the other numbers will update. 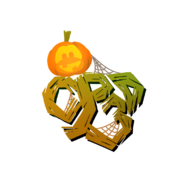