Cadence is a meetable character in CP3D. She is the island's DJ. Her first appearance was during the Music Jam 2021. 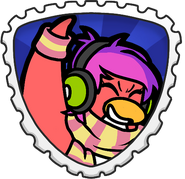 Cadence being mentioned in The Penguin Times Issue #5. 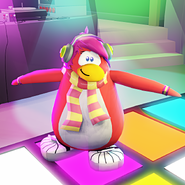 Cadence during the Music Jam 2021
Community content is available under CC-BY-SA unless otherwise noted.
Advertisement