Black Puffle with red eyes, antagonist of Attack of the Evil Puffle

The Evil Puffle is a non-meetable character in CP3D. It is a black puffle with angry red eyes. It has made appearances in some Halloween parties and serves as the main antagonist of the Attack of the Evil Puffle film.

The original image that the puffle is based on 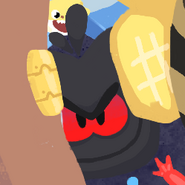 The Evil Puffle on the Trick or Treat!!! Postcard 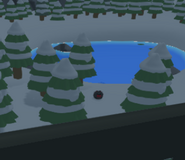 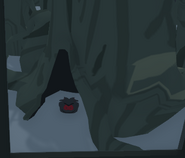 Halloween Party 2020, outside the Haunted House 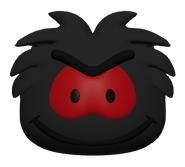 Original Evil Puffle; the Evil Puffle Plushie is based off this design

Halloween Party 2020, in the Plaza 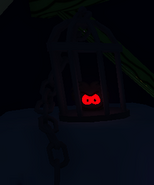 Halloween Party 2021, locked in a cage in the Mansion Attic
Community content is available under CC-BY-SA unless otherwise noted.
Advertisement