Yes
Sensei is a meetable character and mysterious martial arts teacher in CP3D.

He was first sighted during Dig Out The Dojo, where he was helping to dig the Dojo out of snow after it was struck by lightning. Since then, he can be visited in the Dojo, where he can be challenged in a Card-Jitsu duel. Defeating him will grant you the Ninja Mask, which is a requirement to dual him in Card-Jitsu Fire. 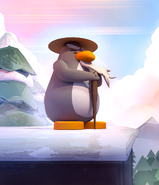 Sensei as he appears on the Sensei Powercard 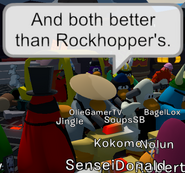 Sensei throwing a jab at Rockhopper while talking about mascot hats.

The Penguin Times Issue #44, Page A2, with Sensei spying on Rockhopper in the distance. 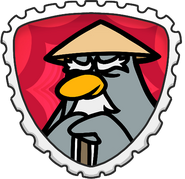 Sensei's full Player Card during Dig Out The Dojo 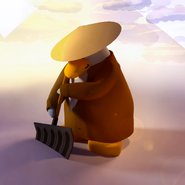 Sensei during Dig Out The Dojo 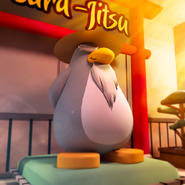 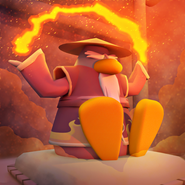 Sensei during the Fire Dojo Opening
Community content is available under CC-BY-SA unless otherwise noted.
Advertisement